The Final Destination for Anne Frank 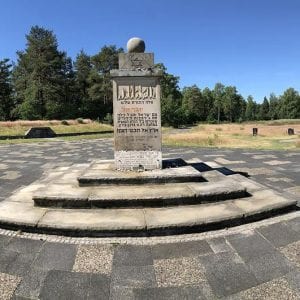 Famous diarist Anne Frank was born in Frankfurt, Germany, moving to Amsterdam when she was four. To try to save his family, spice merchant Otto built a small shelter for his family and several friends in the attic of his business. We visited this site in 2009 and anyone with interest in the subject should go there. The link will share a few of my thoughts. 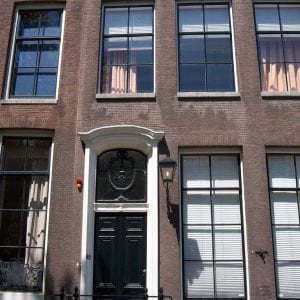 When the family was discovered they were sent to a transport camp in the northern part of the Netherlands, Westerbork. We walked through this area on the same trip as Amsterdam. 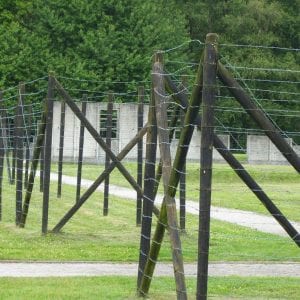 From Westerbork, the Frank family as sent to Auschwitz like so many other European Jews. I wrote about this experience last year. 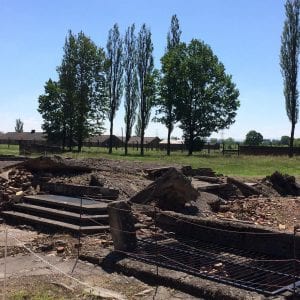 When the British liberated the camp in April of that year they forced the SS left behind to bury thousands of corpses that were initially there as well as those that died during the liberation. After that the camp was destroyed to eliminate typhus.

Today, visitors can walk through the grounds which are a large memorial to those who were murdered. It is quite emotional. There are 13 burial mounds with anywhere from 1000-2500 bodies. Citizens have erected monuments and there is one for Anne and her sister Margot but they are not actually buried there. No one knows that information. 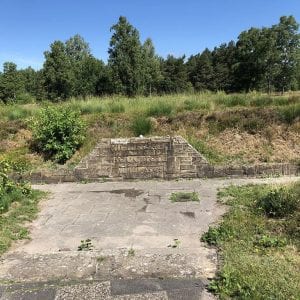 One of many burial mounds. This one holds 1000 victims’ remains.

The grounds also have intricate maps of what would have been where as well as a “Silent Room” where people can meditate and leave messages for the victims. 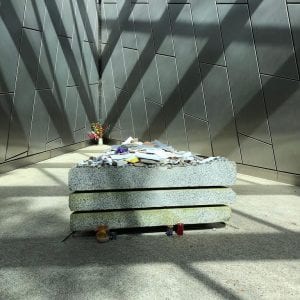 Bergen-Belsen does not include a fee asking for donations instead. This includes an extensive education center with many documents and movies taken by the British during arrival that help to understand the horrific conditions during this time period.

On both our visits first to Auschwitz-Birkenau and then to Bergen-Belsen we were blessed with sunny summer weather which seems incongruous with the events occurring in those places.