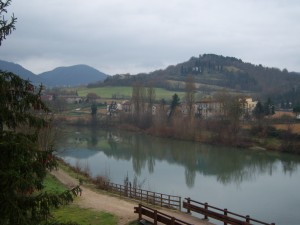 Coming to Italy while always special is now a regular part of our traveling. This is the first winter trip for both of us and it is the first time we have spent alone in our new home in Umbria.

Unlike the summer, the “Green Heart of Italy” is wet, dark, and cold in winter. An umbrella stays at our side. Sunlight is a brief friend. The days are short. Life’s discomforts make one appreciate its beauty. I now understand the Italian love of sunlight and long days in which to do nothing but take a walk or savor the taste of fresh fruit.

But we are here now and there is still beauty to be found and had. In the town square is a large Christmas tree; it towers the buildings beside it. I can’t begin to imagine how it was transported and placed there. It lights up the piazza at night and is the centerpiece for the people who still take walks, despite the weather and savor the taste of a fresh tangerine.

There is fog. The fog settles over the Tiber River and forming a frame for the old stucco apartments that pepper the hills that overlook the waterway. Looking through this mist creates a different form of beauty but beauty nonetheless.

Inexpensive lighting and plastic Santas climbing up plastic ladders suggest the Christmas holiday. A red carpet is tacked down on the narrow streets of the old city square welcoming one and all to come end give praise to God’s gift, the chance to enjoy a day whether it be the one hoped for or the one given. 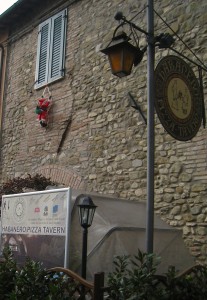 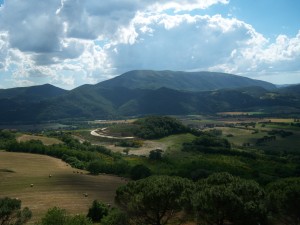 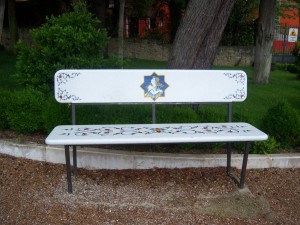 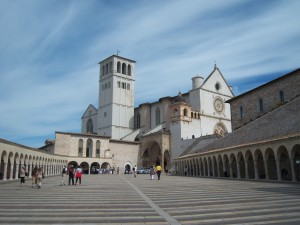