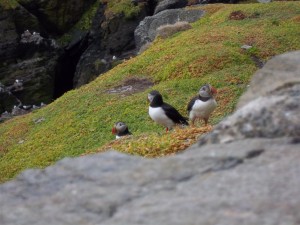 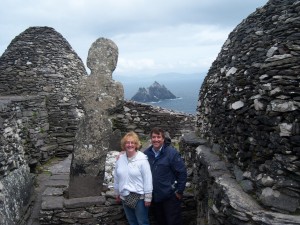 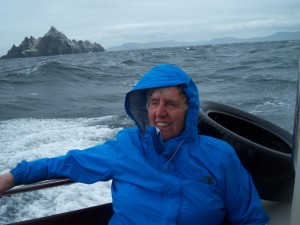 Sharing the Emerald Isle With Sheep 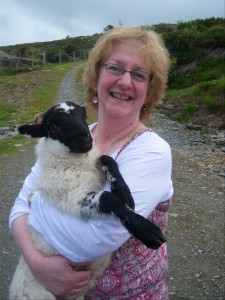 The Wee Baby and Me!

I have learned that I better enjoy my travel if I get to live like the natives so for Ireland I booked a stone cottage in the Beara Peninsula. I could not have been more please. Eskadour Cottage is about a hundred years old overlooking a valley of purple rhododendrons, evergreens, rocky hills, and water. It is also a part of a working sheep farm. At any time we could be visited by sheep, rabbits, and deer. 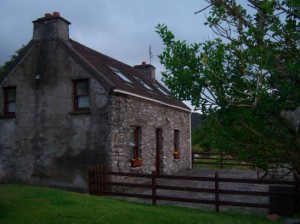 Undoubtedly the most fun I have ever had traveling occurred on this part of the trip. I absolutely love animals and one of the worst parts of traveling is leaving Maggie and Audrey at home. I find myself craving the snuggle of a furry critter. As we were leaving out, the day after we arrived, the owner of the cottage and farm appeared with a mixture of warm milk and a bottle. He asked if we would like to see the lambs he was going to feed. I jumped out the car. Soon two cute as a button lambs appeared all playful and cuddly. They jumped all over us, allowed me to hug and kiss them, and then were filled with joy when I placed bottle in their mouthes. I could have done this all day.

Most of our first two days have been spent driving the rental car through one lane roads awaiting sheep or cows to cross the road. We found ourselves stopping every few miles to take pictures. The vistas are breath taking. This is one gorgeous country.

The research from our latest book, “T is for Titanic” inspired us to visit Cobh, Ireland. Known as Queenstown in 1912, this was the last stop for the Titanic before it sank in the northern Atlantic. There is a small memorial there and some really tacky souvenirs but we were glad we went. We had to ride a ferry to reach the town which is characterized by its multicolored houses that overlook the water. Cobh was also the last stop for most of the Irish immigrants who came through to Ellis Island. 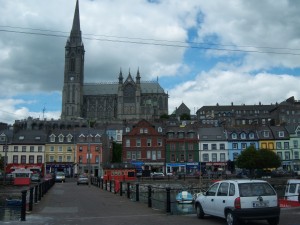