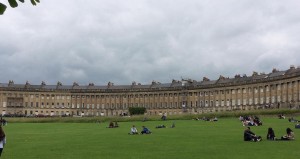 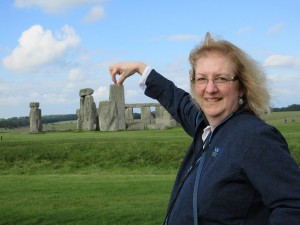 A Yeoman Warder with a Yankee Tourist

Our first trip to London, what an eye opener! This is undoubtedly the busiest city I have ever visited and that includes New York and Rome. Cars, buses, and bicycles speed through the narrow streets of this city that easily blends the old with the new.

We began our day with a walk across the London Tower Bridge and then down to the London Tower. This complex with its beginnings in 1070 is notorious for imprisoning and executing such famous figures as Anne Boleyn and was home several times to Sir Walter Raleigh. He seemed to have problems getting along with Queen Elizabeth I but spent his time productively writing the first volume of his “History of the World.” I often find the small stuff to be quite entertaining and one of my favorite parts of the tour was getting up close and personal with real ravens. As a fan of Poe, this was quite exciting. Apparently these noisy birds are an essential part of the place. 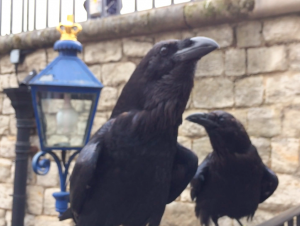 Next up was a cruise down the River Thames. Our guide pointed out many places of interest including one of the oldest taverns in London, as well as modern structure called the Shard, a tall building that looks like a shard of glass. The London Eye – a place acrophobic Debbie will never be seen

We departed at the Westminster Station where Big Ben stood tall adjacent the large complex of parliament buildings. FYI – Big Ben is actually the bell that rings to tell the time. The clock tower was renamed to honor Queen Elizabeth II for her diamond jubilee. 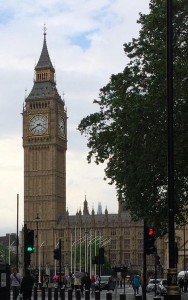 Across the street is Westminster Abbey, renown for many things in modern times,  including Princess Diana’s funeral and her son, Prince William’s wedding. It was indeed an inspiring tour through a beautiful building that is first and foremost a place of worship and then a burial place to people like Elizabeth I, Geoffrey Chaucer, and Sir Isaac Newton. London is cloudy much of the time with rain a constant threat but it didn’t slow anyone down – you just prepare for it and if necessary take refuge with a cup of tea or a refreshing cider off the tap! Day One a success!