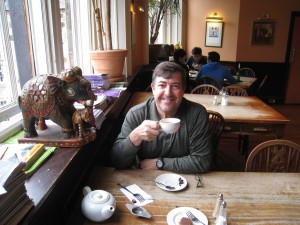 2 Responses to A Bumpy Ride to Edinburgh